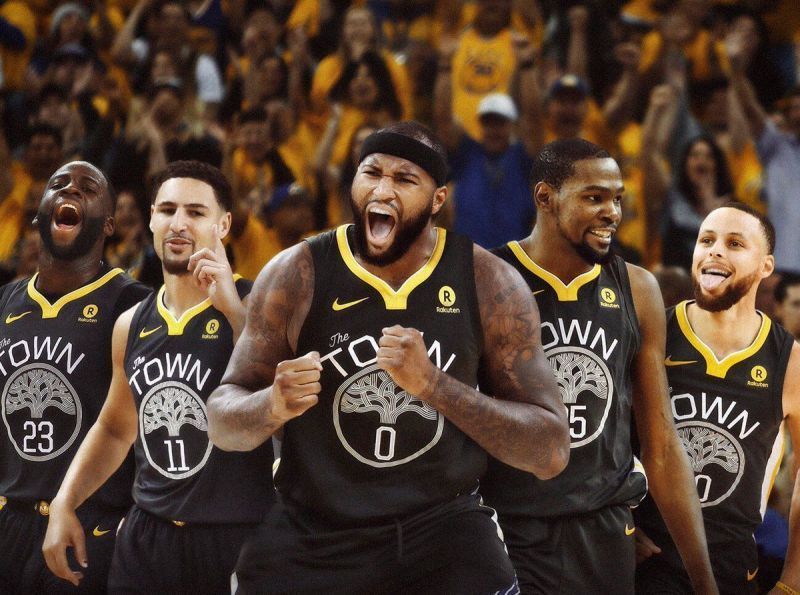 I am a self-professed, die hard National Basketball Association fan. I subscribe to the All Teams NBA League Pass giving me access to every game and an archive of classic games; I spend much of my free time watching basketball games and tracking stats from the day. And I'm a HUGE Golden State Warriors fan. Now I am not going to claim to have been a fan for ages or even since back when they were kind of bad; I'm a bandwagon fan for two reasons. Kevin Durant is the GOAT (will debate this in future posts) and I enjoy watching the game being played in its purest form and being executed and innovated on nightly in front of audiences around the nation. Some of my earliest basketball memories were watching teams with great chemistry like the Chicago Bulls led by Pippen and Jordan or any Spurs team coached by Greg Popovich ever. These teams were systems that when functioning as intended created what looked liked effortless basketball at such a high level that other teams, the media and fans would decry foul play and unfair advantages. It is my contention watching these teams over the years that we can derive one central premise about winning from watching them play: winning is about the small plays and the big plays; the small players and the big players.

I am going to use the current exemplary team in this category, the Golden State Warriors, as an example for this analogy. First, lets start with their rosters of players and the makeup of their team, players big and small. Golden State does not just have big players, they have some of the biggest players to ever play the game in Kevin Durant, Stephen Curry, Klay Thompson, and Demarcus 'Boogie' Cousins. They also have some very strong players in their own right that are small but incredibly important in Draymond Green, Andre Igoudala, Keyvan Looney and their entire bench. Now some of these players have HUGE personalities and work their ass off in ways that many would consider great but are small in the modes by which they contribute to their team and its success. These players make tons of thankless work horse plays every night that result in extra rebounds, assists, steals, blocks, turnover conversions, and second chance points that often go unnoticed among their cast of stars going off each night, setting records and achieving previously unheard of heights in professional basketball. And the Warriors are lucky to have a plethora of big time players who can make big time plays whenever there is a clutch situation or a close game in which they need to separate themselves from their competition.

When I think about what this means for teams within any business organization, I come to a few conclusions. You have to have specialized superstar role players and you have to have players who will buy into a system of operating together effectively and grind it out with you. It'll be the everyday contributions of everyone on the team and the highlight plays that make you successful. We too often view successes as these point in time achievements without recognizing the work that leads up to them. Also, while different people on the team have different roles, each player is an 'A' player even if they do not always get the recognition that the superstars do. Each person has to bring quality work and work effort to the team,

After examining the rosters and the people in organizations, we can look at how teams play together successfully to win. First, the Warriors are leading the league yet again in Assists per Game at 29.3. Their unselfishness with the ball on the offensive end undeniably creates a competitive advantage for the defending NBA champions. Second, there is a team culture. Assists are a manifestation of the Warriors cultural belief in Strength in Numbers. They truly believe that they are stronger together and that they should prop up individuals in their success if it means the collective success of the team. This is important with as many superstars as there are on the team - they each are going to "go off" on respective nights and instead of expressing jealously as a superstar that you are going to get less points that night as the person excelling, you express joy and celebrate with them in their success because you know your team is going to win. Third, they place their trust in a system and have a singular focus - winning a championship and having fun doing it. Each player has a role to play in that system and will be critical to successfully winning the title.

Organizations can also build processes that help their teams play together and win. I'd boil the tips for organizations related to process into a few key points:

1. Always take the best shot; that often requires giving someone else the shot and passing them the ball. Recognize that other ideas, other solutions to problems are often the best decision given the context of the situation. Don't let your pride and need to succeed get in the way of you making a better decision for the company.

2. Build a team culture that everyone believes in. Make 'A' players the standard of that plan. Have fun while building your culture and enjoy what you are doing on a day to day basis. Netflix's culture deck is an excellent distillation of a past culture and system that has been viewed as immensely successful in the past.

3. Build a system; build buy into that system; practice system enthusiastically! Find a model of work that allows your team to be operate efficiently and in concert with each persons unique skill sets. For my teams that's a combination of agile, building subject matter expertise across functions, and a metric ton of transparent communication and feedback. There are no egos; ideas are heard from all angles; we implement and plans and grind out work in accordance with the system.

Lastly, when I think of winning big and small, I think of my personal life and how I have successfully built or not built habits in the past. I have always been the most successful in building habits or achieving goals when I have been able to take big audacious hairy goals and break them down into smaller more achievable pieces. For instance, it is a lot of me to say I am going to work out every day this week than it is to say I am going to lose X much weight this year and work out 5 times a day for a year. If I achieve a goal, I get mental health benefits that come from the dopamine effect and feel more energize to go accomplish more work. If I feel as if I am always slogging along and experience burn out. Therefore, it is important to set milestones or achievements for yourself and your teams that you can celebrate along the way to the bigger successes and huge achievements. In organizations think of your typical sales process; it is easy to get bogged down in the months of pursuing a prospect, getting turned down, no communication, and  often no indication if you are making any headway. Therefore, it is often a good idea to recognize smaller wins along the way to closing a prospect or the smaller deals in the pipeline that might build up over time to help you meet your corporate revenue goals.

In conclusion, winning is often viewed as this monolithic, heroic accomplishment that occurs as a result of a point of time display of greatness. While this is often and necessarily the case, the effort expands way past all of that to all the small moments, small contributions, role players, practices, etc that contribute to meeting and achieving our biggest goals and accomplishments. Therefore, in your personal and professional lives always strive to focus on the big and the small; it will be the key to winning! 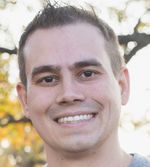